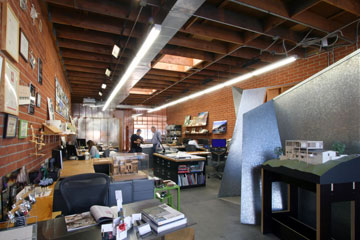 “The Gifters: Your Story is a Gift to the World”
Podcast: Anthony Poon interviewed by Christopher Kai, March 23, 2020

“How to Holiday Shop Like an Award-Winning Architect”
Design on Tap, SnyderDiamond.com, November 26, 2019

“Architects in the Movies, Modern for the Masses, and Architecture for Buddhism”
Podcast: Anthony Poon on US Modernist Radio, Palm Springs, California, June 10, 2019

“Designing From Within”
Presentation by Anthony Poon at University of California, Los Angeles, March 4, 2019

“The most exceptional new homes in North America, according to architects”
BusinessInsider.com, May 20, 2018

Sticks and Stones | Steel and Glass: One Architect’s Journey
by Anthony Poon, published 2017 by Unbridled Books

“How Coachella is Fueling a Building Boom in Palm Springs”
The Hollywood Reporter, March 30, 2016

“Anthony Poon: In Tune With The Process”
LA Home, Winter-Spring 2016

“Why China Is on an L.A. Spending Spree: “It’s Just Monopoly Money to Them””
The Hollywood Reporter, October 2, 2015

“The Wall Section Project”
Exhibition at University of Maine at Augusta, January 26, 2015

“Sugar Me This, Sugar Me That!”
StilettoGal.com, December 2013

“Solar units to be standard for Alta Verde projects”
The Desert Sun, June 5, 2012

“Deluca’s Deli Debuts at The Americana in Glendale”
NBCLosAngeles.com, August 6, 2010

“Chill Out for the Summer”
National Education Association Today, May 2006

“XU Arena Designed in Horseshoe Shape”
The Cincinnati Post, May 24, 1997

“Xavier Unveils Plans for Arena”
The Cincinnati Enquirer, May 24, 1997

“The Virtue of Simplicity”
Competitions, Spring 1994